You can visualize numeric fields with any of SpatialKey’s map renderers, which consist of the Heatmap and Graduated Circle renderers.  The Bivariate Renderer is a more advanced renderer and visualizes two numeric attributes at the same time, instead of just one. The map renderer will show the relationship between the two attributes you specify.

If you are opening a new dashboard, you can select Bivariate Heat Grid from the Density Map options. 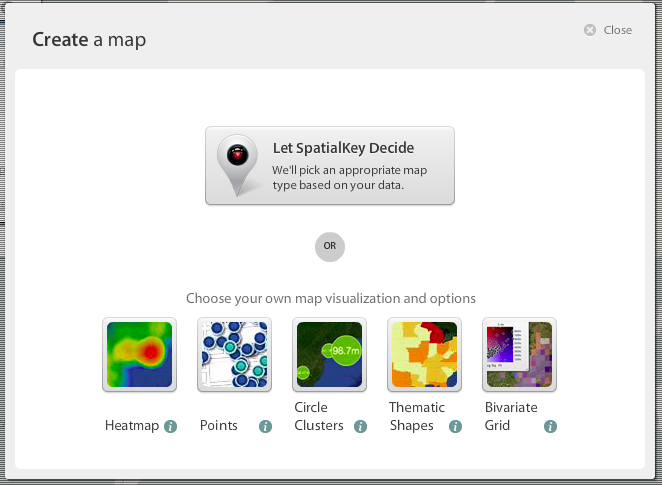 If your dashboard is already open, easily switch to Bivariate Heat Grid by changing the rendering method for the layer in the Layer Manager. 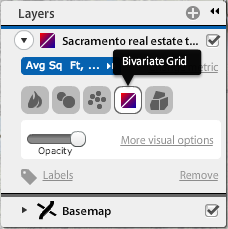 The colors on the map are created based on a continuous legend that goes from red to blue.  This legend highlights outliers, which will be rendered as brighter shades of red and blue.  The legend also shows the distribution of the areas on the map. 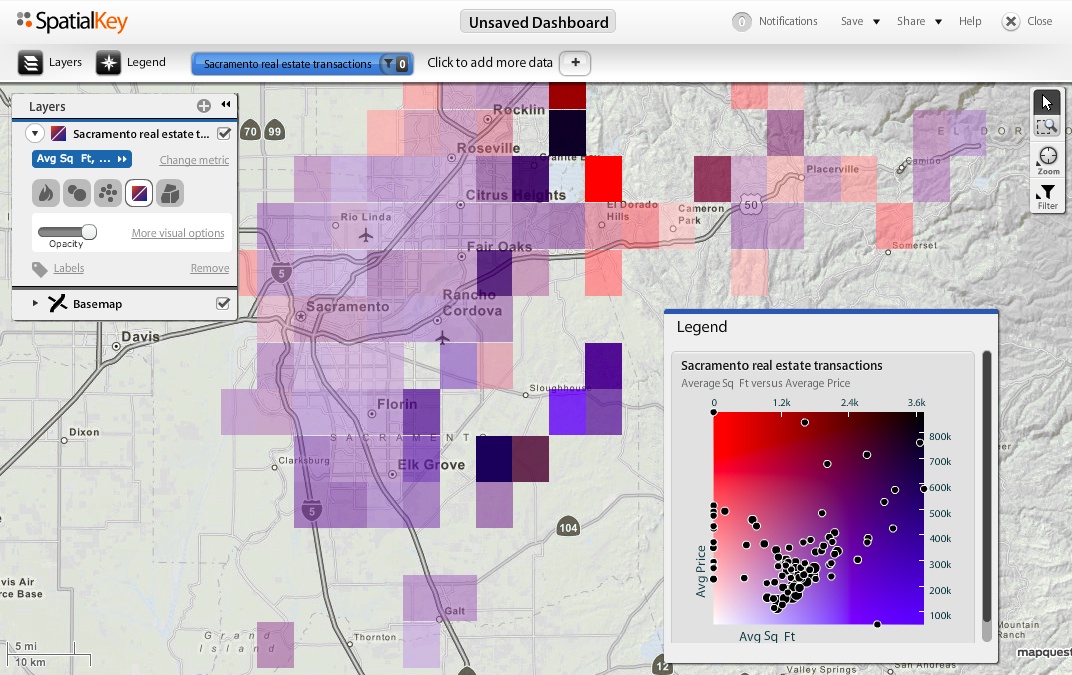 In the example above we can see that most of the areas fall within a fairly linear distribution, which means that price and size of homes are correlated.  We can, however, see some areas that fall outside the normal distribution.  If an area shows up as red that means that the price is higher than normal for the size of the house.  Areas that show up in blue indicate the size is larger than normal based on the price.

Also note that as you mouse over the legend the corresponding geographic area in the map is highlighted so you can clearly see which areas are mapped to the items on the legend.